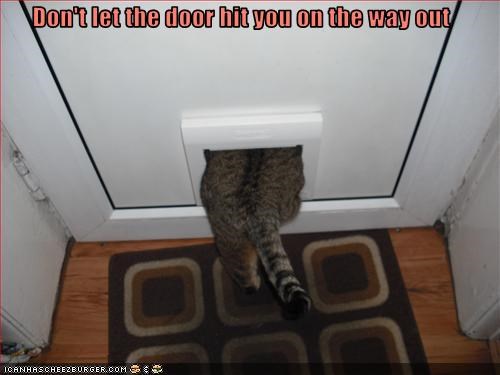 My new favorite meme for the end of 2013. From cheezeburger.com.

Unless something goes terribly wrong in the next 48 hours, tonight Michael Bloomberg will go to sleep as the FORMER mayor of America’s largest city. He leaves behind a municipality that is going through its worst homelessness crisis in decades, with upwards of 22,000 children among the transients camped out at SRO’s and shelters. This makes NY’s homeless problem very different from that of the Koch administration, where many of the most visible homeless were people discharged from the mental health system with nowhere to go. While the Bloomberg administration tries to tout the number of affordable housing units ‘created’, in many cases the count includes units that have been maintained or upgraded in the city’s public housing stock. The real housing ‘creation’ has been in units for the 1%. Bloomberg has left DeBlasio to clean up the results of his chronic inability to bargain in good faith with the city’s municipal unions. Teachers and police officers and firefighters have been without a contract or pay raise for most of the past four years, and there’s no money in the municipal coffers to offer retroactive increases. Speaking of money; his many back-door deals with developers and the sports teams with gleaming new stadiums are going to hamper tax collections from some of the entities that can best afford increases. Which is a polite way of saying they should pull their own weight for the first time in 20 years.

And Bloomberg’s biggest failure has been with the schools. He fought for (and got) carte blanche to control them, abolishing the Board of Education to be replaced by a Department of Education run by him. While some of his relatively minor failures have been widely publicized (Cathie Black comes to mind), there’s been far less publicity about his overall failure. Remember that any child graduating high school in 2014 will have spent virtually their entire educational life in schools that Mike Bloomberg ran. And the outcomes  are not good. Some 80% of NYC high school graduates going on to CUNY’s community colleges need remediation (up from 71% a few years before), and only 14% pass the CUNY algebra placement exam. Charter schools have not been the panacea that Bloomberg’s conservative advisers said they would be–it’s more like a way for the administration to hack away at tenure protections.

And Bloomberg’s big accomplishment has been to quietly make serious mistakes in the way the city is run and not be held to account. If you’re a news junkie like I am, it was pretty obvious that Bloomberg (billionaire media mogul) was able to regularly call on his media colleagues to either sit on unflattering stories or (worse) plant stories that were beneficial to him. Exhibit A was the blizzard at the end of 2010. Bloomberg’s cronies tried to pin the blame on the Sanitation union, making a fake case to the effect that the unions had sabotaged snow removal. But the reality was that Bloomberg’s deputy mayor had been trying for years to find a way to privatize snow removal (and sanitation in general) and got caught short. Instead, Bloomberg persuaded city councilman Dan Halloran to gin up a story about sanitation workers sabotaging removal, a story that got prominent play in the NY Post. The cover story blew apart when a city hall insider intimated that Bloomberg refused to announce a snow emergency because he would’ve had to pay Sanitation workers holiday overtime. Even Bloomberg had to walk back the story.

But that is the least of his policy mistakes. He has been working behind the scenes to offer 99 year leases for set-asides in public housing areas, privatizing open space and parking lots and turning over development deals to builders who want any vacant land they can find. The Gansevoort NG pipeline (and its cousin in the Rockaways) is tied to Bloomberg’s insistence that all residential real estate convert to natural gas heat. The building of these pipelines (and the possible linking of the pipelines to an LNG port proposed for Long Island Sound) goes a long way toward making the upstate fracking of natural gas a fait accompli–New Yorkers will have to have huge amounts of methane running under their streets if they want to stay warm in the winter.

On law enforcement, we got an over-energized police force whose members seemed to feel that there was no penalty for bad behavior. Anybody who was surprised at the brute force the city used against Occupy Wall Street wasn’t paying attention–Bloomberg’s cops were pretty brutal during the 2004 RNC convention. The city has already had to settle with Times UP! Critical Mass for overly aggressive policing of their monthly rides in Manhattan. The money thing (fines and settlements ) is something NYers don’t think about. But Bloomberg won’t be paying the fines for the police misbehavior he apparently encouraged (or didn’t actively stop). It will be us poor taxpayers.

On the plus side– Bloomberg is one of a handful of US mayors to acknowledge there is a global warming problem. He was chairman of the group C40, which was actively lobbying governments worldwide to reduce C02. As mayor of a city that has 722 miles of coastline, he was especially concerned about anything that would lead to rising ocean levels. His PlaNYC2030 raised numerous neck hairs because it proposed tolls across all East River Crossings. But Bloomberg knew the city was facing a variety of unpalatable realities. The city transit grid is at full capacity–there’s no way to add extra cars or trains or buses to address the extra one million residents expected in 17 years, and the capital cost of building new subway lines had a price tag of some $31 billion. Bloomberg had come up with the tolling scheme because he saw no other way to pay for the new subway lines. Bloomberg knew the state wasn’t going to ante up anything close to $31 billion, and the only other taxing option (reviving the commuter tax) was a non-starter in Albany. People were making predictions about subway lines being overwhelmed by a huge hurricane (on the level of Hurricane Irene) years ago, but Bloomberg also knew he’d never be able to come up with the estimated $10 billion it would take to storm-proof the subway tunnels under the East River. It was a problem that many had commented on, and though Bloomberg (and MTA Joe Lhota) tried to put a happy face on the results, the damage was extensive enough that after a few months  the R line(completely flooded during Sandy) had to be closed for a reconstruction process that will cost billions and take a year to complete.

Bloomberg’s leadership on bicycle commuting is also to be lauded. If NYC could reach the bike commuting numbers of Portland, OR, we could delay spending the tens of billions needed to upgrade subways and bus service. But that’s a double-edged sword; cyclists tend to be independent thinkers, and Bloomberg has repeatedly butted heads with bike advocates. I hope that Janette Sadik-Khan has a future in DeBlasio’s administration, though I doubt that will happen. But the mathematics of the city(never mind the math of climate change) lean us all toward bike commuting. It would be nice for the city to continue to be a leader in this field. At the same time, there has been growing animosity toward the bike lanes which has been exacerbated by the many new riders who don’t follow the rules. And the city has had a traffic enforcement problem for most of the last decade–the NYPD doesn’t seem to stop drivers for speeding and rarely issues summonses even after drivers have visited mayhem on pedestrians and cyclists. I’m all for enforcing the rules for cyclists, btw, but a cyclist can’t do a hundredth of the damage and loss of life a 4,000 pound car can do. Everybody needs to start following the traffic rules. I have added to my comments from last night and cleaned up some of the text. I’ve also added some links. Who knew that Ommegang  Three Philosopher Ale (19.4 proof!)  wasn’t the best writing companion?

One last point I wanted to make about Bloomberg that is an object lesson for other electorates where a corporate CEO runs for office based on lots of business experience and zero experience in elective office: CEO’s don’t play well with others. Many of Bloomberg’s initiatives made good sense. Those of us who are non-smokers have been encouraged by the smoking ban in restaurants and bars. Anyone who has been paying attention knows that the city is facing a diabetes epidemic, with one in eight adults either diabetic or pre-diabetic. When diabetics have complications that make it impossible for them to work, they go on disability and Medicaid, which are shouldered by a tax base that’s having increasing problems keeping the bills paid. Ditto PlaNYC–the planning for a New York City with nine million residents is the 800 pound gorilla, and politicians are pretending it won’t be a problem. But Bloomberg is a CEO, not a politician. He needed other stakeholders to come to the fore with him for such controversial rollouts. The same was true of Cathie Black–as a senior management person in publishing, she was used to looking around the table and seeing subordinates, not stakeholders. It never occurred to her that she should seek out potential allies and get them onboard first.

The good news is that Mike understood this about himself, and that’s probably why he didn’t run for Senate when Moynihan’s seat opened up. But there were initiatives Bloomberg launched that had no chance. And they didn’t have a chance because Bloomberg himself couldn’t play well with others. This should be the takeaway from the Bloomberg years.