November 6, 2015 · by Brooklyn Culture Jammers · in Uncategorized · Leave a comment

From Climate Denial Crock of the Week. A round-up of the news that has followed the Inside Climate report on Exxon suppressing the science on Global Warming that its own researchers had discovered. There was a real danger that the story (released almost two months ago) would be ignored and would go away. I don’t have great confidence in New York’s Attorney General Eric Schneiderman being able to make an indictable case against the World’s Largest Corporation, and the millions Exxon would need to pay to make this go away are a rounding error on profits. But Schneiderman’s document subpoena keeps the story on the front burner. H/T Peter Sinclair for this. Added bonus—listen to the contentious ‘interview’ Bob Garfield of NPR’s On The Media gave to Exxon’s media guy.

Climate Denial Crock of the Week 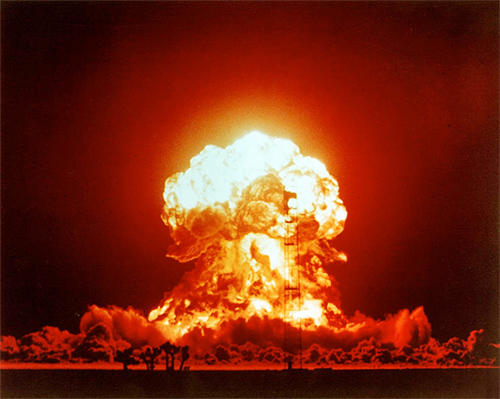 NYTimes finally realized nobody gives a damn about Hilary Clinton’s emails, and maybe the murder of Planet Earth is a bigger story.

The New York attorney general has begun a sweeping investigation of Exxon Mobil to determine whether the company lied to the public about the risks of climate change or to investors about how those risks might hurt the oil business.

According to people with knowledge of the investigation, Attorney General Eric T. Schneiderman issued a subpoena Wednesday evening to Exxon Mobil, demanding extensive financial records, emails and other documents.

The focus includes the company’s activities dating to the late 1970s, including a period of at least a decade when Exxon Mobil funded groups that sought to undermine climate science. A major focus of the investigation is whether the company adequately warned investors about potential financial risks stemming from society’s need to limit fossil-fuel use.