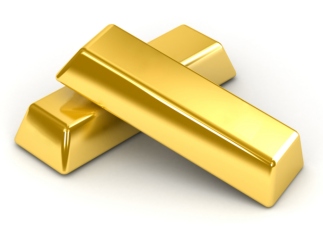 There have been 388 tons of gold renewed from the Fed over the past few years, almost as much as disappeared from vaults in 2007-2008 before the housing bubble burst. What is this telling you?

This will be short, as we all have lives to pursue. And there’s going to be more stuff on your plate now than there was before. Three articles of note today. First: Deutsche Bank (the fourth biggest banking concern in the EU) is not giving its customers the gold that they are allowed to retrieve at any time. The gold customers (not to be confused with American Express ‘gold card’ customers) are using a service established last decade through a company called Xetra-Gold (affiliated with Deutsche Bank) which allows them to retrieve physical gold in exchange for their certificates. Since 2007, customers have retrieved physical gold from the service some 300 times, cashing in their certificates for 4.5 tons of the metal.

Zerohedge has the details (it’s a wonky and complicated article, so I’m not going to try and paraphrase it here). I should point out that Zerohedge is not the only entity reporting this. The friend forwarding this to me commented ‘get ready for a run on the banks’. I wrote about the manipulation of the gold market back in 2013, which included a story out of Germany that the US was (at that time) refusing to give them back their gold (we had held it for safe-keeping during the Cold War and never got around to giving it back after the Berlin Wall fell). This followed on stories of manipulation of the international gold market (someone dumped a lot of gold on the commodities market three years ago, which had swung the price down by a few hundred dollars an ounce). Not coincidentally, withdrawals of gold reserves from the Fed are the highest they’ve been since 2007 and the beginning of the housing meltdown.

Second story. Hanjin Shipping, the largest shipping concern in Korea and seventh largest in the world, went bankrupt recently. And now its ships are stuck. Hanjin doesn’t want its ships to come to port because they (and their cargo) would be seized by creditors. And ports don’t want to allow the ships to dock, fearing that Hanjin won’t be able to pay docking fees. Meanwhile, the ships stuck in transit are carrying Christmas–this is the time of year when the toys and other merchandise for the December holidays shows up at loading docks. The Hanjin bankruptcy is the result of a massive fall-off in shipping, with the Baltic Dry index only beginning to recover from historic lows. This shipping decline indicates overseas trade is still at or near historic lows, something I touched on earlier this year.

Here’s a related topic. We just legalized the shipment of chicken meat from China to the US. I’m guessing that there’s only so long that refrigeration can keep the meat fresh. Not that the FDA will ever let us know about what an ‘acceptable’ time at sea would constitute for said fowl.

Third story: the Labor Department’s BLS released the employment stats for August, divining that there were 151,000 new jobs and that July had actually increased new jobs to 275,000. Not as many jobs as expected were created in August, but the number is in keeping with the numbers previously. However, the Fed may use this report as an excuse to not raise interest rates again. Officially, the unemployment rate is still 4.9. Yet somehow there has been zero change in the percentage of adults in the workforce. I’ve already posted about the broken employment birth-death model used by the BLS. I’m waiting for analysis of the non-headline stats conveniently hidden in the back pages of the report.People should know that imho these numbers are non-real. It’s the only thing I agree with Donald Trump about.

Keep some cash ready. It’s the only story line I’m following on this year’s Mr. Robot.

← Climate Change is Impacting Beer
Did we already collapse? →