“Trump is our last president” 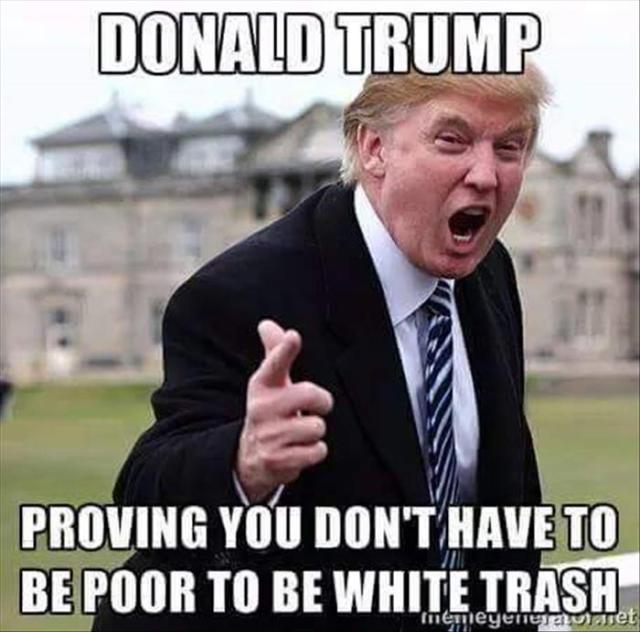 There are currently two sources to the TRUMP LAST PRESIDENT bromide. The one that’s famous is from Michael Moore, film-maker who  just released his anti-Trump film titled FAHRENHEIT 11-9. In the round of interviews leading up to the release, he popularized the scary (though credible) notion that TRUMP will not ever leave the WH. You can watch the video segment here where he brings up Trump as last president.

“I think it’s possible (i.e, that Trump doesn’t step down and becomes president for life), absolutely. I think that we have someone in the White House that has no respect for the rule of law, who dislikes democracy by an incredible degree, which doesn’t make him really any that much different from other billionaires or CEOs because their business are not democracies. They rule by fiat, they decide, they make the calls, and they don’t like having else having a say”.

Interestingly, the same talking point-that Trump will be our last president–has also been circulated by activist friends in the NTHE (near term human extinction) movement. My friend David (who would probably not like me to indicate his surname in a blog) was among the first people I saw on November 9, 2016 after it was clear Trump had ‘won’ the presidency. And he used words of comfort to say “Don’t Worry. Trump is the Last President“.

What is the argument?

If you haven’t read this on this blog before, I’ve already shared my feeling that Trump is a loathsome individual and should never have been picked as president. But he’s also a victim of history to some extent. All of the global warming problems we’ve ignored over the years on  are coming to a head. We face the loss of Arctic Ice, and once it’s gone, the heating will accelerate to the point where humans can’t exist. My oft-quoted Activist friend Kevin Hester keeps posting this article from 1989 (which predicted ten years left):

An article from the UN in 1989 predicting ten years before disaster. We got 29, but we might not have 30. Courtesy of Kevin Hester.

In short, Trump will be our last president because we will face collapse of climate before there’s time for Trump to be forced out. I have explained all the issues before, but here’s a recent piece about whether we ducked the extinction event for another year.

It seems to be a bit of bad karma for The Donald (who is proud to be a ‘climate change is a Chinese Hoax’ kinda guy, and proud of his denial of our habitat-dependent survival) to be at the helm at the point where climate comes back to wreak havoc and ultimate extinction on our feckless race. But he can be counted on to take the exact WRONG steps as we face  demise.

One of the points Moore makes in FAHRENHEIT 11/9 is that Trump didn’t create the empire or advance its most repellent activities. US Presidents frequently catch all the grief for forces beyond their control. As James Kunstler of THE LONG EMERGENCY has pointed out, President Jimmy Carter was unlucky enough to be inaugurated in the time period after the Arab Oil embargo threw our economy into stagflation and before the oil from Mexico’s Cantarell field came on line and broke OPEC’s cartel pricing. Instead, the windfall (which ended the Great Stagflation) went to Reagan and helped prop up the US for another few decades. But Trump as the ‘Last President‘, will catch payback for all the evil that predated him as well as whatever he brings.

In closing–unless people really do consider the threat of extinction seriously and decide Constitution or not, Trump doesn’t deserve to finish out the human race, he will be our last president. I’ve posted about this before, but I think I’m asking the same question Michael Moore is asking. What will it take to decide to get rid of President Trump and his enablers in the GOP? What’s wrong with some revolution at this juncture?