Another reason to vote against HRC 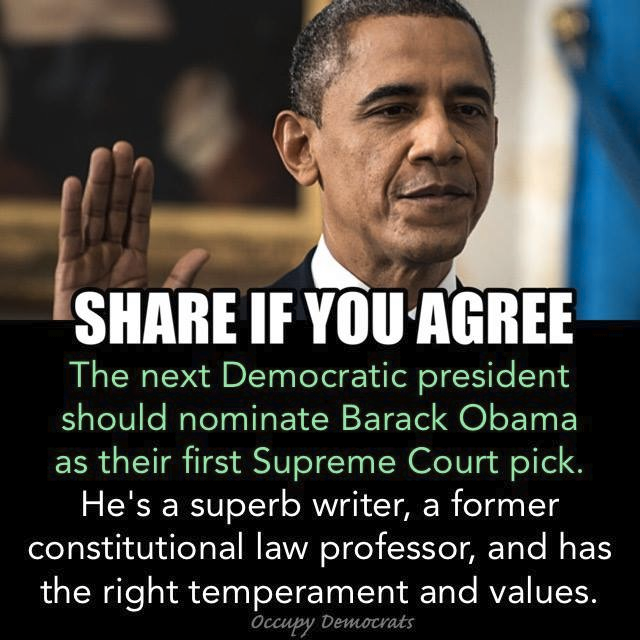 Actually, I do NOT agree, for reasons I’ll explain. Neither should you.

This meme has gotten a real workout over the past few weeks as a Hillary talking point. The implication is that if the Senate won’t confirm Obama’s pick for SCOTUS as a replacement for Antonin Scalia, we should all vote for HRC because she’ll put Obama in the position.

One of the problems I encounter in my blogging is that I’m reading from a completely different take on the US from some of my contemporaries. I think that some of the situations President Obama has found himself in were not of his making. But I need to make it very clear that IMHO, Obama should NOT be given a Supreme Court seat. The issues:

PS: interesting debate question for HRC. You were the Secretary of State for Obama. Do you support his protection of the perpetrators of war crimes of the Bush administration?

People like Daniel Ellsberg of Pentagon Papers fame have compared Obama’s conduct UNFAVORABLY to that of Richard Nixon. Ellsberg faced prison and worse when he leaked the Pentagon Papers, but he has decried the far more authoritarian system that faces today’s potential whistleblowers. It’s time to stop attempting to polish the halo bestowed on Obama by Clinton, who desperately needs the liberal part of the electorate to look upon Barack Obama’s actions through the rosiest of glasses. Obama should not be anybody’s idea of a suitable candidate for the US Supreme Court.