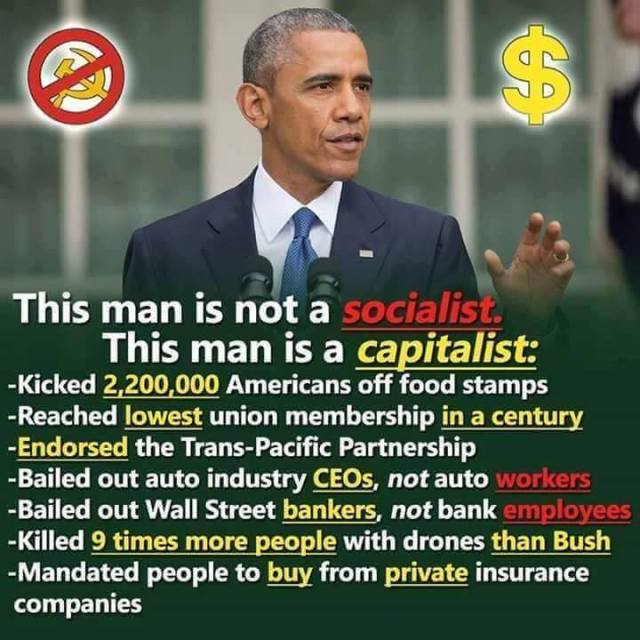 A somewhat jaundiced view of the man leaving the presidency. Let’s not be under any illusions about what he’s left for Trump.

Somehow I’ve stayed friends with some of my DNC supporting friends through this election cycle and the aftermath. I don’t know how this happened, exactly. I’ve tried to be friendly with the people whose faith in Clinton’s candidacy I disdained. I’m still on relatively cordial terms with those who are still body-and-soul backers of the Obama administration and its many missteps. On the same level, I haven’t been overtly hostile to the people I know who backed Trump (a very, very small cohort). I promise to stifle my schadenfreude inspired laughter when the Medicare-dependent acquaintances who pulled the lever for the R’s find that Trump is coming after THEIR healthcare, too. Remember that whatever Trump does to his followers is being done to everybody. If people are right, there’s a lot of pain on the way.

But this is a new bromide being circulated by the Clinton and DNC loyalists. What will The Donald possibly do to destroy the great economy he’s being handed? This was big news in the Washington Post a few days ago, and it’s been reposted and circulated by all those folks who pulled the Hillary lever. And it echoes my least favorite bromides about how great things were under Obama–record low unemployment, record high Dow, low cost of home loans, and deficit reduction (not the ‘real’ deficit, but the running deficit on the discretionary funds).  Leaving aside the question of why a president in a Structural Depression would prioritize deficit reduction, the rosy picture doesn’t match what many of us are living through. And in any case, the Dems never made a big deal about the fact we were in a Depression in the first place. The James Rickard article I cited above explains it.

(BTW, for the Obama apologists blaming the Republicans for the deficit jihad: the GOP used the deficit as a hammer, but they could do so because O and the Wall Street-friendly advisory staff he assembled never wanted to acknowledge the huge hole we were in on January 20, 2009. Were the D’s afraid that real, literal people with pitchforks would be out if they called out the corners of Wall Street that had set the world’s economic house ablaze? We still don’t know. But I do know, from my limited reading of the histories of the 1930s, that FDR was not an apologist for the people who crashed things then. And it doesn’t take a lot of reading to know that people were better off after eight years of FDR than they are after Obama held the reins).

I have no illusions about Trump. He will not ‘fix’ the economy. He CANNOT fix unemployment–the off-shoring of US jobs is one of the things holding US stock prices above what they’d be if the market were sane. And between the automation of driving (and thus the elimination of millions of jobs driving cars and trucks) and the increasing competence of computers to fix problems hitherto requiring human intervention, we’re on the down-hill path to The End of Work, with all the social upheaval that entails. And even if he wanted to, Trump cannot fix the climate–nobody can, although the actions he’s contemplating probably shave a few months off the time we’re waiting for the day of reckoning. But let’s be real about the economy Trump inherits, OK?

← Off the 2016 employment cliff
Congrats to Obama and the DNC →