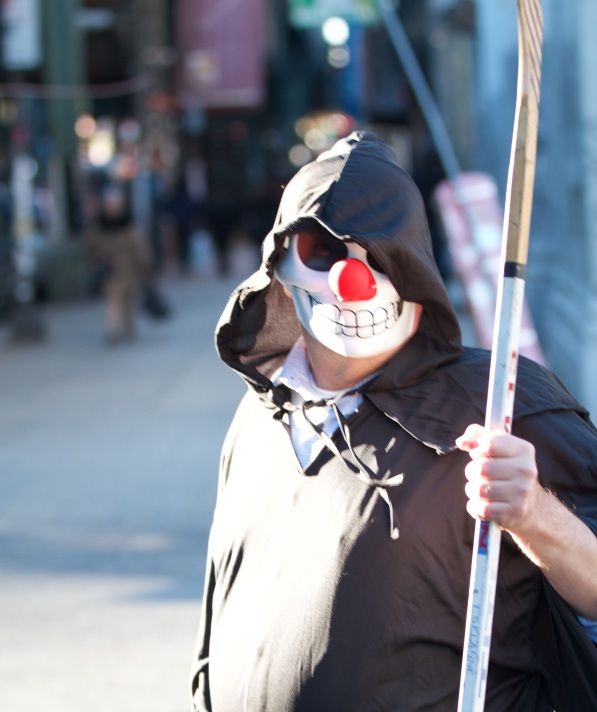 Coming to you from the mean streets of… Ybor City, Tampa. And Yes, I put three exclamation points on the headline. Take away my Master’s degree.

I wanted people to know that if they missed my play PLANET HOSPICE (a theatrical romp through human extinction) at United Solo and the Ithaca Fringe, I will be part of the First (FIRST) Tampa International Fringe Festival. Dates are May 11-14. Tickets are $10 plus a small service charge. Performances will be at Urban Phoenix in historic Ybor City. Show times:

If you don’t know what it’s about, it’s a clown play/comedy about human extinction. I wrote it based on a friend of mine who was cashiered from a tenured university position for talking about his findings on Climate collapse and the almost undeniable reality that our collective time on this planet as the Human species is down to the single Digits. The story of PLANET HOSPICE is about the increasingly likely prospect that in ten years or less, the Earth will no longer provide habitat for big mammals as a result of global warming. I’ve written a synopsis here, and there is other information about the play in various places. Planet Hospice has been produced at the Ithaca Fringe Festival and United Solo, an international festival of one-person shows here in New York. I did garner some interesting and positive reviews, which you can find here and here.

Now I know what you’re thinking: Why Tampa?

I went to college at the University Of South Florid in Tampa  and spent some six years in the Tampa Bay area. It was a formative part of my life. So there’s a personal connection there.But there’s a political reason to bring my play to Florida. Florida has Rick Scott as its Governor, one of the Republican governors whose denial about Climate Change is so pervasive he won’t let the phrase be used by state employees. Florida is highly vulnerable to global warming because of its low-lying land–someone pointed out that Miami is a King tide/ tropical storm combo away from washing out to sea. Miami doesn’t have a fringe fest, but Tampa does. Maybe there should be a serious discussion of runaway climate change in Florida.

See you in MAY.