“Stopping the Empire” at the Tampa Fringe! 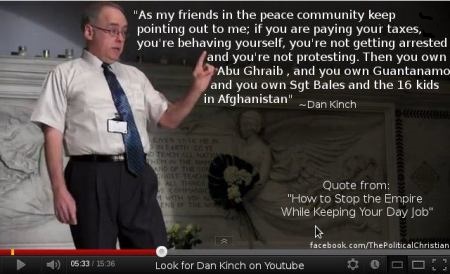 My signature play HOW TO STOP THE EMPIRE WHILE KEEPING YOUR DAY JOB will be coming to Tampa’s International Fringe Festival next MAY! Boost my ego by going online for tickets now!*

HOW TO STOP THE EMPIRE WHILE KEEPING YOUR DAY JOB is the story of Jerry, a middle-aged troublemaker/activist with a long history of protest and arrest. He has cobbled together a list of the things that work when bringing truth to power. Drawing from Saul Alinsky, Gene Sharp and the movie ANIMAL HOUSE, Jerry tries to keep a tone of snarky joy going while explaining civil disobedience that doesn’t get people arrested or injured. The play has been updated for the Age of Donald Trump and the challenges of the new administration.

I debated taking this on the road, but decided that this was a promising time to talk about non-violent resistance. While Occupy has left the playing field, the issues that caused its birth are still ruinous and growing. And the electorate is far more unhappy than they were in the heyday of Occupy Wall Street.

I had wanted to take the play to Tampa in 2012 as a counterpoint to the Republican National Convention (held in Tampa that year. But there was a tropical storm and then there was a death in my family and I couldn’t make the trip. I’ve always regretted not getting to the convention, so I’m kinda making up for lost time.

There’s also the reality that Tampa was in the cross-hairs of a monster hurricane last summer, and I had done my best to warn them that global warming was coming after them. I suppose I’m at risk for hurricanes in May, but I think I’ll get lucky again. And the Fringe crew are great people–I was treated really well last time, and I’m looking forward to going. And there’s something about sitting in a park and having chickens wander up to you.

And here’s my task–keeping the material relevant even as Cinnamon Hitler continues to crash through the blasted heath for the next five months.

So your challenge (assuming you’re also tired of The Empire) is to figure out how to stop it while keeping safe and free in a country arresting journalists ffs.

remember–I’ll be doing THIS GUY. This is a PLAY. I am NOT THIS GUY. But I’ve MET THIS GUY and he had GREAT ADVICE. Sorry to crash the fourth wall and all. 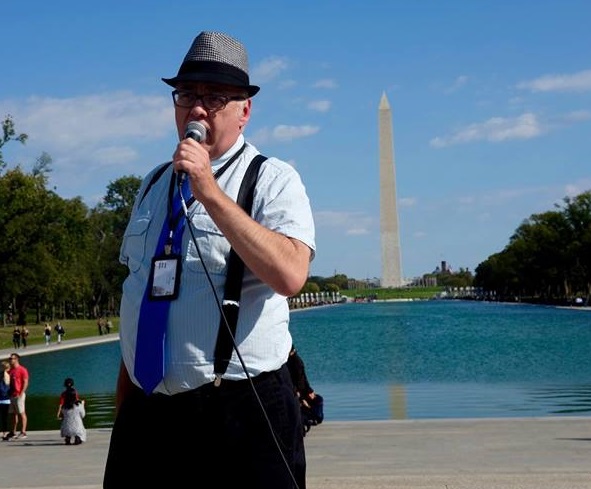 From a presentation in October 2016 at the Lincoln Memorial. I’ll look like this but slimmer.

← How Far Over the Climate Precipice are we?
“First Rule of Fight Club…” →