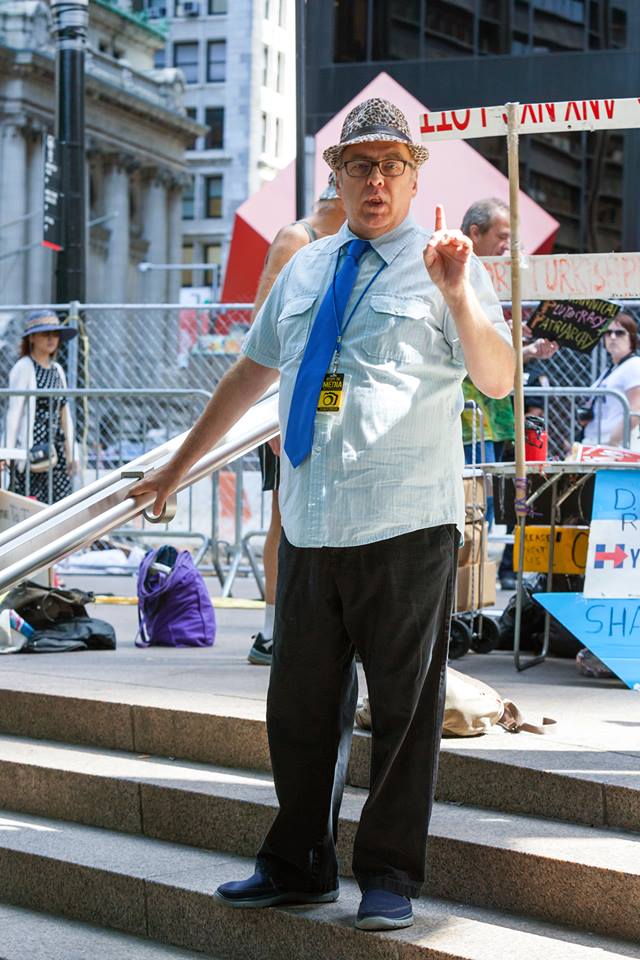 This is me performing on Saturday at the Fifth Anniversary of Occupy Wall Street in Liberty Square. Photo courtesy of Owen Long.

Here’s the deal. I KNOW this is a historic Inauguration in two weeks. However, I’m wrasslin’ with that debbil unemployment, and I will not be heading to DC on January 20th for the purpose of making fun of Der Drumpf’s coronation. However, I have rewritten my play HOW TO STOP THE EMPIRE WHILE KEEPING YOUR DAY JOB for the era of The Donald. I feel pretty crummy about not being able to go to DC, but I’d feel crummier if I didn’t cover my bills. So there’s that.

My plan B is to put together up a live video stream on FaceBook with a shortened excerpt of the new play. You’d simply have to friend me and go on my page, and there I’d be . Looking to do this either fairly early in the morning or late afternoon (again, depending on the day job). If this is of interest to you, drop a comment on my Brooklyn Culture Jammers  FB page  and I’ll drop a note to you with time and such.

Tags: donald trump, facebook, How to Stop the Empire While Keeping your Day Job, Inauguration

← Congrats to Obama and the DNC
Another chart about ice loss →